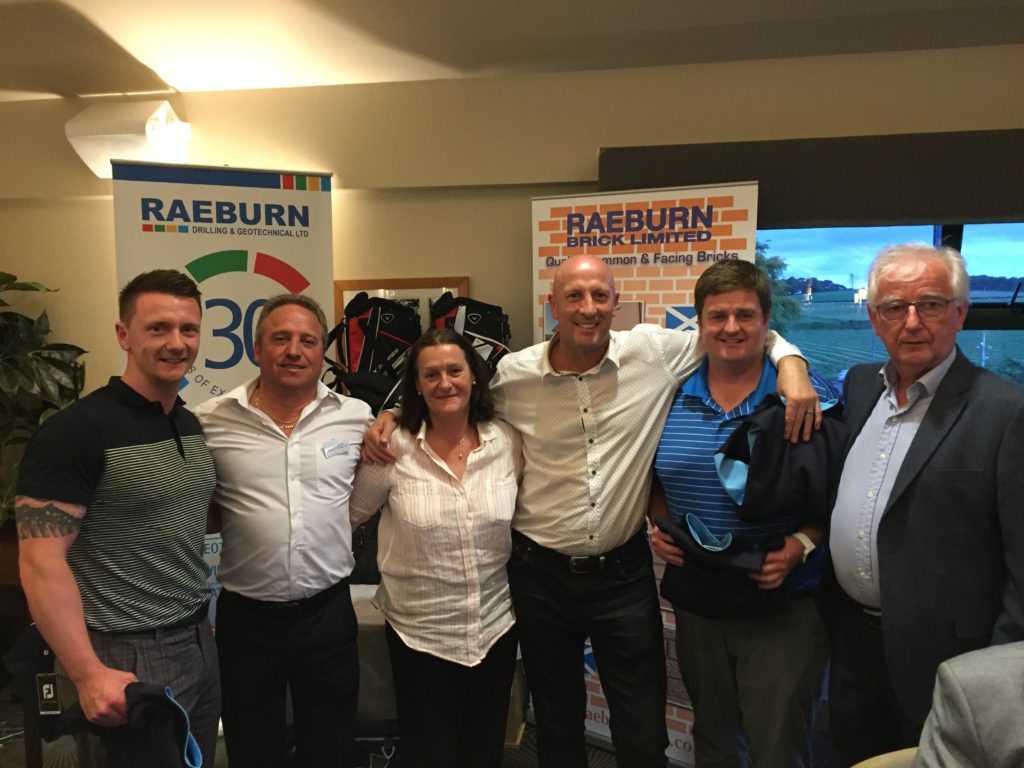 On Tuesday 15th August 2017 we entertained over 60 invited guests to our annual golf tournament.

There were 54 golfers competed in an individual and team stableford competition. The weather was kind to us and the tournament was played in sunny conditions but also a bit breezy.

We would like to thank Strathaven Golf Club for the catering and bar services provided on the day, and also the green staff for the superb condition of the course.

The results were as follows –

After the dinner the guests were asked to put a donation in an envelope for charity with the first prize being a game of golf at Loch Lomond courtesy of Alan Craig (Succession Group). This was won by Chris Priestly (ITWB).

The total raised from the raffle was £915 and this was matched by The Raeburn Group. The 2 charities that received the donations were KILBYDE HOSPICE and MAGGIES LANARKSHIRE.

We would like to thanks everyone who attended the golf day and hopefully see you back next year.